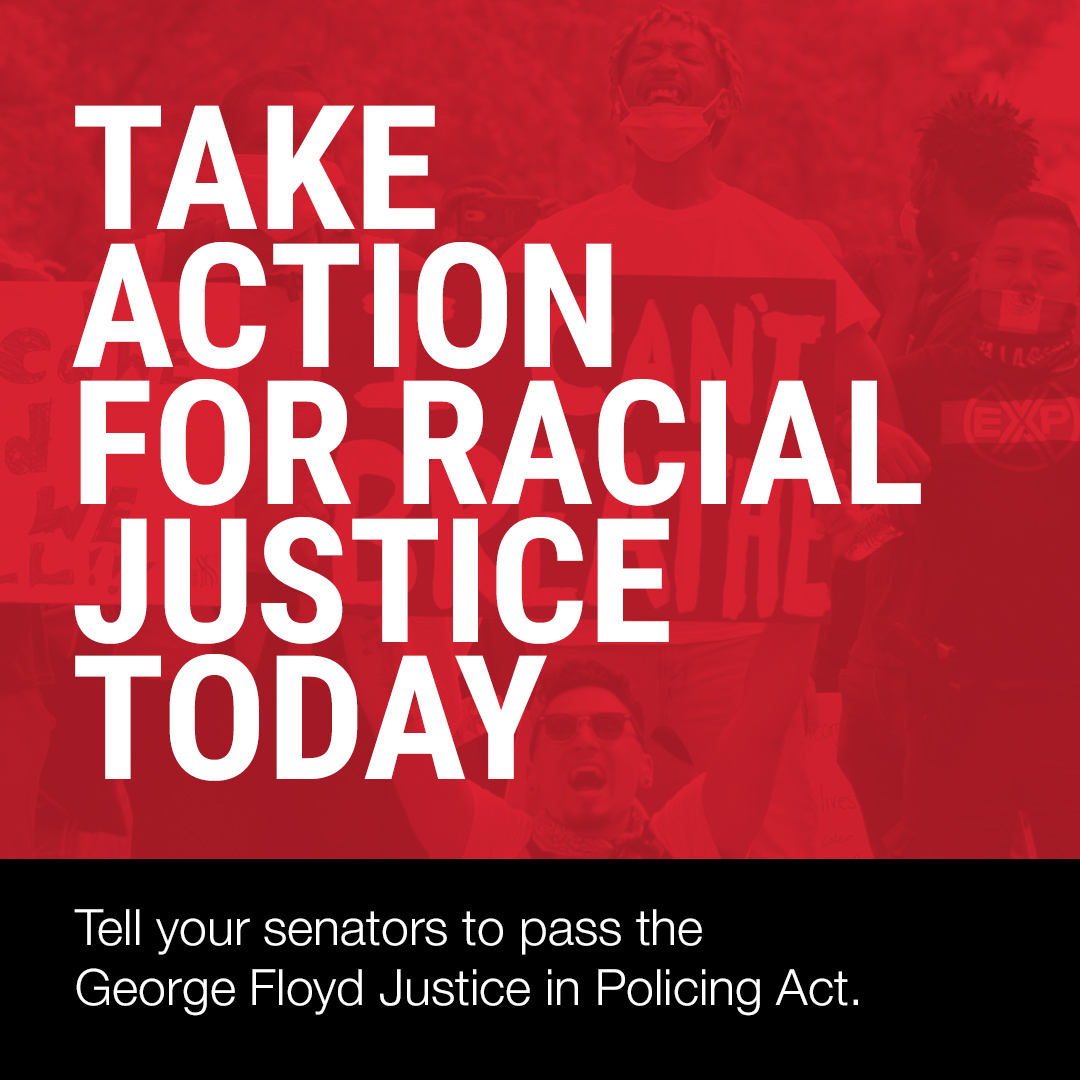 In the wake of George Floyd's murder last year by former Minneapolis police officer Derek Chauvin, a historic number of Americans rose up to organize for racial justice and dismantle the systemic racism that continues to harm Black, Latinx, Indigenous, and other communities of color to this day. In response to this powerful movement, the House of Representatives recently passed the George Floyd Justice in Policing Act, an important first step toward addressing the institutional racism within policing.

This bill would enact a number of historic federal reforms aiming to increase police transparency and accountability. For example, the Justice in Policing Act would end the practice of qualified immunity, a legal principle that shields officers from being personally liable for their misconduct. It would also:

This important legislation must now pass the Senate before it can be signed into law. Take action today by contacting your senators and urging them to support the George Floyd Justice in Policing Act. Click "take action" below to quickly and easily send your message.